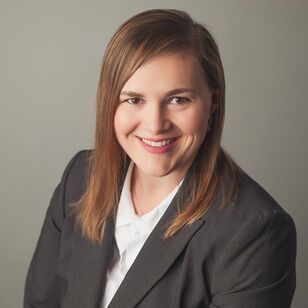 A lifelong Nebraskan, firm shareholder/attorney Holly Morris grew up near Lorton (population 41) in Otoe County. She graduated from Creighton University in Omaha after having worked at several different part-time jobs while in school, including helping on the family farm, as a hospital nursing assistant, in a printing factory, and for a newspaper. She went on to earn her law degree from the University of Nebraska.

Holly began working for the firm while in law school and quickly developed a passion for representing plaintiffs in Workers’ Compensation and personal injury cases. Advocating for injured workers combines her interests in justice and medicine, and her rural background and assorted pre-law job experiences help her relate with many of her clients. Holly likes to take on any case where she thinks she can help the injured person to a better outcome and especially is interested in helping clients to enter plans where they can be trained for jobs that accommodate their work restrictions. 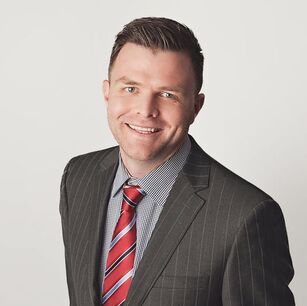 Shareholder/attorney Brody Ockander received his Juris Doctorate, with distinction, from the University of Nebraska College of Law. While in law school, he completed a litigation program of concentrated study, participated in various Moot Court competitions and trial advocacy specialization courses. He was a member of the Robert Van Pelt Inn of Court and was awarded the Alan L. Plessman Student Award. He worked as a senior certified prosecutor at the Lancaster County Attorney’s Office while in law school. After law school, he focused his practice on Workers' Compensation and Personal Injury  Litigation, which continue to be his areas of practice. He is a member of the, Nebraska Bar Association, Lincoln Bar Association, the Workers' Injury Law & Advocacy Group (WILG), and the Nebraska Association of Trial Attorneys, currently serving on its Board of Directors.

​After more than 30 years of legal practice, firm co-founder Rolf Edward Shasteen retired in April 2019.  Mr. Shasteen's legacy to the field of Workers' Compensation law in Nebraska can be seen through several state Supreme Court decisions and his tireless work on legislation to improve the Workers' Compensation system in Nebraska.  Although Mr. Shasteen has retired, the firm continues, and having worked with Holly Morris for ten years, Mr. Shasteen still recommends that any potential clients seeking his services should contact the firm for assistance.